Why should Muhammad Ali win the Nobels Peace Price?

"As is the rest of the world, I am deeply saddened by the tragedy that occurred in Norway this past Friday, and my heart goes out to each of you as you deal with the unimaginable grief of your loss. I am heartbroken, not only due to the senseless deaths of so many innocent victims, including many young people, but also because of the alleged reasoning behind these heinous acts. " Muhammad Ali to the Norwegian people in letter. 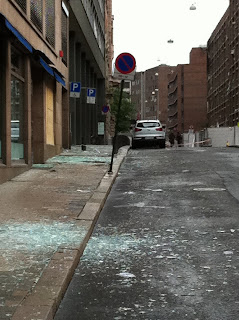 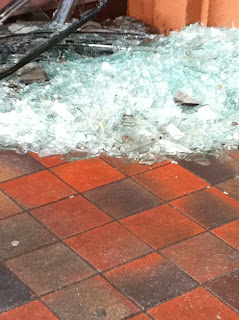 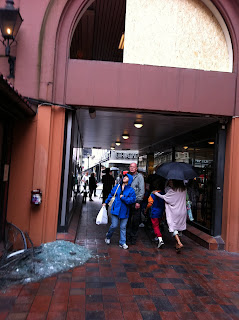 At the hairdresser - Grensen Oslo downtown 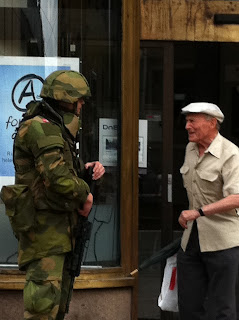 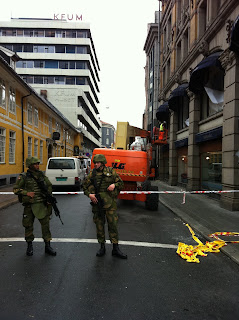 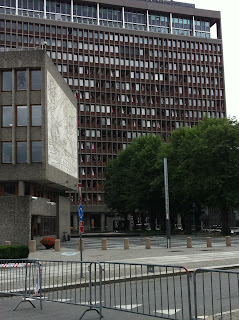 Why should Muhammad Ali win the Nobels Peace Price?

I am probably not the first to think this idea. Actually it is my Indian husband who suggested it. Why?

When Norway was completely different. As was of course the rest of the world. Being a foreigner during the 80s meant to be stared at in the streets. To be different. There has been, and partly still is, a tendency for native Norwegians to think about immigrants in this manner: here you come and take our money.

I remember the first time my husband read about Ali. The way Ali spoke up, without excusing himself at any occasion. What others might have perceived as arrogance we simply perceived as an attempt to rise suppressed peoples faith in themselves. Nothing is as dangerous as a lack of confidence. Look at one of the worst mass murderers the world has seen, the Norwegian Anders Behring Breivik. If he was full of confidence why did he need to colour his brown hair blond, and have plastic operations all over his face? Confidence means feeling safe and loved. It means being confident that society is not your enemy but a place of great potential. However many immigrants would complain they never got a chance.

Ali was of course not an immigrant, but for immigrants he became an idol as he chose to fight for his confidence. While every one, the media included, told him he would never win anything, he alone would say: You think? We'll see about that. And every time the mostly white American Press had to eat their hats or whatever. Maybe not at once, but after several victorious boxing matches, America started to see the man as more than the Muslim. As did the rest of the world. What kind of will power do you need to rise up as a lion, over and over and over again, at a time when confidence was not a political correct emotion for a black Muslim in the United States?

All his life Muhammad Ali has been talking for humanity in one way or another. Not going to Vietnam for example, cost his world champions title and three years of not being allowed to box. Yet, he followed his own convictions. Later on he went on to help the American administration to save 16 Americans from Iraq. But mostly as Muhammad Ali Center at Louisville Kentucky quote Ali has donated his life to humanity more than to any special race or class or religion.

This attitude is now demonstrated during the twin-attack in Norway. OK, Hilary and Obama might have written some comforting words at the Norwegian Embassy in USA. But it's Muhammad Ali's letter that has touched, not only Norwegians, but people all over the world.